Normally, there’s a relatively short half-life of feeling good after returning from a vacation. The mountain of work emails and unpaid bills that accumulated while you’re gone just suck the vacation memories and relaxed feelings out of you quite rapidly as you get back into the daily grind.

That’s held pretty true for me after last month’s trip to Switzerland, with two exceptions that, if I can keep the momentum going, make me feel as though I’m turning a corner.

For those of us who have introduced the word “cancer” into our vocabulary, we know that thoughts of cancer are always nearby. Some days we’re better at suppressing them than others. But when the notion of recurrence hits, the thoughts become more prevalent, more intense, and more psychologically draining over time. At least that’s what happened to me.

But since my vacation and since my visit with the urologist last month, I’ve begun to turn a corner in my thinking about my recurrence. In a nutshell, given my numbers (current PSA level and extraordinarily long PSA doubling time), my thoughts are finally shifting from panic to calm concern.

In some of the more recent literature about prostate cancer, you hear more and more people talking about treating some cases of prostate cancer as more of a chronic illness instead of an aggressive disease. For now, I’m happy to—rightly or wrongly—lump myself into the “manage it as a chronic illness” category. It certainly has helped relieve some of the stressful thoughts about recurrence and the potential side effects of salvage radiation therapy or hormone therapy. Of course, if my PSA shoots up again in October, that may change my approach to all of this yet again.

This approach certainly isn’t for everyone. I feel blessed to have a PSA doubling time of 155 months, but even so, I still recognize there’s an element of Russian roulette in my decision to continue to monitor for now. I’m okay with that.

The second exception to my vacation not wearing off within a week has been with my photography.

Spending ten days wandering around Switzerland with my camera (the first time I’ve flown with most of my gear) reinvigorated my interest in getting out and photographing even more, and that’s been therapeutic for me as well. When I’m looking through the lens and—excuse the pun—focusing on what’s in front of me, I’m not thinking about cancer. At. all.

I’ve been out with my camera every weekend and even a few week nights since coming back, and I hope I can keep the momentum going through the summer. I feel better, plus practice makes perfect. (Although there’s no such thing as a “perfect” photograph.)

In the end, I’m glad that I pushed myself to go on the trip. Perhaps the half-life of this vacation will be as long as my PSA doubling time (or longer).

P.S. Sorry for the tardiness of this post. I was out playing. 🙂 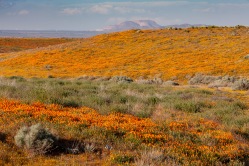 The Star of India at the Maritime Museum of San Diego

The California Tower at the Museum of Man in Balboa Park, San DIego, California