Before jumping into the meat of this month’s post, please remember that September is Prostate Cancer Awareness Month.  Spread the word.  Take time to learn about prostate cancer risks, diagnosis, and ever-differing treatment options from your physician or from other great resources. 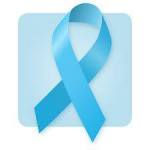 Physically, things have been going pretty well for me, but for the last month or so, I’ve been struggling more and more with the social and emotional impact of my radical prostatectomy.

Most men who are old enough to be diagnosed with prostate cancer are already in a relationship and have been for years.  They’ve got a supportive partner who, hopefully, stands by their side long after the treatment has been given.  You sign up “for better or for worse,” and you stick it out.

But not me. I was single when I was diagnosed, and I’m still single today.

Before I get into why this has been bugging me so, a bit of context is in order.

If you’ve taken the time to read my biography in the About Me section, you already know that I’m gay. I was a late bloomer who put himself in circumstances that made it difficult to have a relationship as a gay man.

I spent 12 years as an officer in the United States Navy, long before “Don’t Ask, Don’t Tell” was enacted.  Having a relationship while on active duty just wasn’t going to happen. I was too afraid of losing my career if anyone ever discovered that  was gay.

When I left the service, I landed back in my home state of Illinois for my master’s degree, and then in a small town of 6,000 people in rural southeastern Indiana working in a manufacturing management role for 17 years.

Given the recent news about gay rights issues in Indiana, you can understand, too, why I remained closeted there. Too many of my coworkers–mostly management–expressed homophobic views that made me wary of being open about myself.  I perceived that there were real risks to my career if I came out.

After my prostatectomy, things at work were changing to the point where I dreaded getting out of bed and heading to the office.  Having been diagnosed with cancer, I realized tomorrow isn’t guaranteed, and if I wanted any shot of finding someone to share my life with, it wasn’t going to happen in Indiana.  It was time to act.

So in January 2012, a year after my surgery, I bought a house in the San Diego area (I had been stationed there in the Navy and fell in love with it); I quit my job in March; made the move in April; and sold my Indiana home in May (not exactly the normal sequence of events for such a major transition).  I had been given a second chance, and I was going to take full advantage of it.

In my mind, I threw up this impenetrable wall concerning sex after a prostatectomy.  I viewed myself as “damaged goods”–difficulty getting and maintaining an erection and dry orgasms–and simply didn’t know how to sell that to a potential partner.  True, sex is not everything in a relationship, but it can and should play an important part.

Thankfully, I have a dear friend who, I swear, knows me better than I know myself.  She gave me a cross-country slap upside the head from her home in Maryland that knocked some sense into me.

The only way that I’m going to get answers to those questions is through my own personal experience of getting out there and trying to date.  Each guy will respond uniquely and differently than every other guy, so there’s no sense trying to come up with a one-size-fits-all approach.  Some will want to know on the first date; should things progress so far, others may wish that I told them before taking things to physical intimacy (“Oops!  Surprise!”); and others will be thankful that I won’t be ejaculating all over their brand new 600-thread count Egyptian cotton sheets.

It’s time to break down the remainder of that psychological barrier and get out there and see what happens. I’m sure that there will be ups and downs with rejections happening more often than not, but that’s okay.  It’s time to move forward with that second chance I’ve been given.